Thanks, WordPress and Gutenberg, for making block-based editing the standard for authoring web pages. In this article, I’m going to compare the new authoring experience in WordPress with the experience from Adobe Experience Manager (AEM), an enterprise content management system that also embraces block-based editing. I’ve implemented both WordPress and AEM for multiple companies (such as Informatica and Twitter) and had to realize that despite the authoring experience is critical for non-technical authors, it is often neglected by developers.

Adobe Experience Manager is, compared to WordPress, a complex system with a steep learning curve, especially for developers. At the same time, AEM is easier to use than more established and more expensive content management solutions, placing AEM somewhere in between free and very costly solutions.

From a technical perspective, AEM is a conglomerate of open source technologies with several touches from Adobe, placing AEM somewhere in between open-source and proprietary software. It is those touches from Adobe that make the system shiny and usable. For example, a visual drag and drop page builder has been the standard way for creating pages in AEM — long before WordPress Gutenberg was born.

Let’s take a look at some of the features that elevate the authoring experience above average.

Our new book, in which Alla Kholmatova explores how to create effective and maintainable design systems to design great digital products. Meet Design Systems, with common traps, gotchas and the lessons Alla has learned over the years. 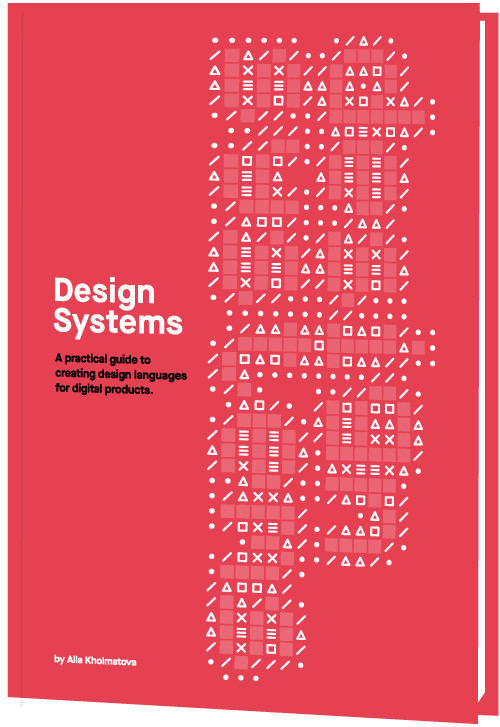 One of the most significant ideas for websites is the concept of a component (or block in WordPress lingo). A component represents a piece of content that follows specific rules instead of being a blob of anything. For example, you can have a video component where the author can only paste in a Youtube link and control Youtube-specific settings. Or you can have a quote component where the author adds a quote to one text field and the name of the person being quoted to another text field. You can even have a layout component that contains other components and displays them below each other on a mobile device, whereas on a large screen, those components get spread across three columns.

An author knows exactly what to expect from a specific component and can easily fill it with the appropriate content. Equally important are the long-term benefits and new opportunities that wouldn’t be feasible for the old school “one text field fits all content” approach that has been prevalent for the past decades:

Component-based editing has been embraced by users of AEM for a while already, and because of the arrival of Gutenberg in WordPress 5.0, component-based editors are now the de facto standard for authoring web pages.

Note: Leonardo Losoviz dives deeper into the implications of blocks in the context of WordPress.

Content fragments and experience fragments are new terms that have been dominating the AEM scene for the past year. I’ll summarize those two concepts simply as fragments. In essence, fragments allow authors to create neutral content that can be used across web, mobile, social media and other channels.

Fragments are created outside of a page editor and are, compared to a component, less opinionated about how their data is going to be used. Let’s imagine a fragment called “Quote of the day” that authors update once a day with a new quote. Now the quoted text of this fragment can be used in a variety of places:

In WordPress, widgets and menus resemble fragments: Authors create menu items in a neutral interface, then developers display those items as part of the theme in a way that makes sense for the theme. If the theme gets replaced with a new theme, those menu items persist and can be displayed in the new theme as well, even though the new theme might look very different from the previous one.

I expect fragments to become more widely used, even though the concept has different names in different systems. Indeed, Matt Mullenweg already announced that his team is currently focusing on “expanding the block interface to other aspects of content management [including the creation of] a navigation menu block [and] porting all widgets over to blocks.”

Pages templates can be described as higher-level components because they include several other components. In AEM, authors can create templates that lock components such as a header component into a fixed position while also defining flexible areas where components can be added on a per page basis.

One important aspect of this is that such a flexible area can limit which components can go into it. That way you can create page templates for different purposes:

It’s unlikely that every author in a large team should be able to modify critical templates such as the article page template. In order to prevent people from being able to accidentally and irrevocably break the site, it is important to define who can modify which part of the site. Welcome to the concept of permissions and workflows. This concept is neither new nor special, but it’s important for large teams.

Permissions and workflows are features that are negligible on small teams. However, as a team grows, those features become critical for the productivity and success of the team. Despite AEM comes with the basics for creating workflows and developers can make AEM work for any specific need, it requires quite some code changes and isn’t implemented with the snap of a finger. This is even more true for WordPress. It would be nice to have an authoring-friendly tool to create custom workflows.

In AEM, authors can quickly edit and view each page in different modes. The author switches between modes based on what job needs to get done:

There are a few more modes that show up based on how the site is set up. One ideal scenario is that A/B testing and personalization is set up by integrating AEM with Adobe Target. Using Targeting mode, authors can define when to show certain components based on a visitor’s location, age, referral page, the time of the day, etc.

Integrations in AEM are comparable to plugins in WordPress but with the difference that AEM integrations are more complex and usually custom-tailored. Especially integrating AEM Target can be more painful than salespeople make it sound. 😉

Putting development complexity and money aside, the consequence of such an effort can result in a superb authoring experience. The concept of editing modes demonstrates how a simple dropdown creates an opportunity for authors to get a range of jobs done while staying on a single page.

Looking at the screenshots in this article, you must have realized that AEM’s page editor is not just component-based but also visual: If a component gets updated, the change becomes visible immediately and the author doesn’t have to open a preview in a new window. Quite a feature. Even though page builders are omnipresent in the WordPress ecosystem, the team behind WordPress has yet to define a best practice for visual editing. Let me take this one step further and ask: What happens if you marry visual editors with single-page applications (SPAs)?

SPAs are websites where navigating from one page to another feels seamless because the browser doesn’t have to reload the whole page. Some popular websites such as Gmail and Facebook are SPAs but most of the sites on the internet are not. One reason for rather low adoption is that creating SPAs is hard, and maintaining SPAs with thousands of pages is even harder. There are currently two major ways for managing content in SPAs:

Implementing a visual editor and an SPA each by itself is already a tough technical challenge. Having a visual editor that works with an SPA is nearly unheard. Adobe’s team is working on supporting SPAs in AEM while trying not to compromise any benefits of their existing system. Even though promising first versions have been released to the AEM community in 2018, there’s still a lot of work to be done.

Adobe Experience Manager comes with several useful features that have already made or will make their way into popular open-source projects. AEM didn’t necessarily invent the concepts highlighted in this article, but it certainly commercializes well as one of the most authoring-friendly systems on the market.

The concept of components became mainstream with the introduction of blocks in WordPress. The concept of fragments, page templates, permissions and workflows are at least partially implemented in WordPress and are important for teams with many authors that serve content to multiple channels.

The authoring experience can be improved even more using a visual editor with edit modes and support for single-page applications. Such an editor is difficult to implement but as the efforts by Adobe indicate, the improved experience might be worth the effort and eventually make it into WordPress as well.